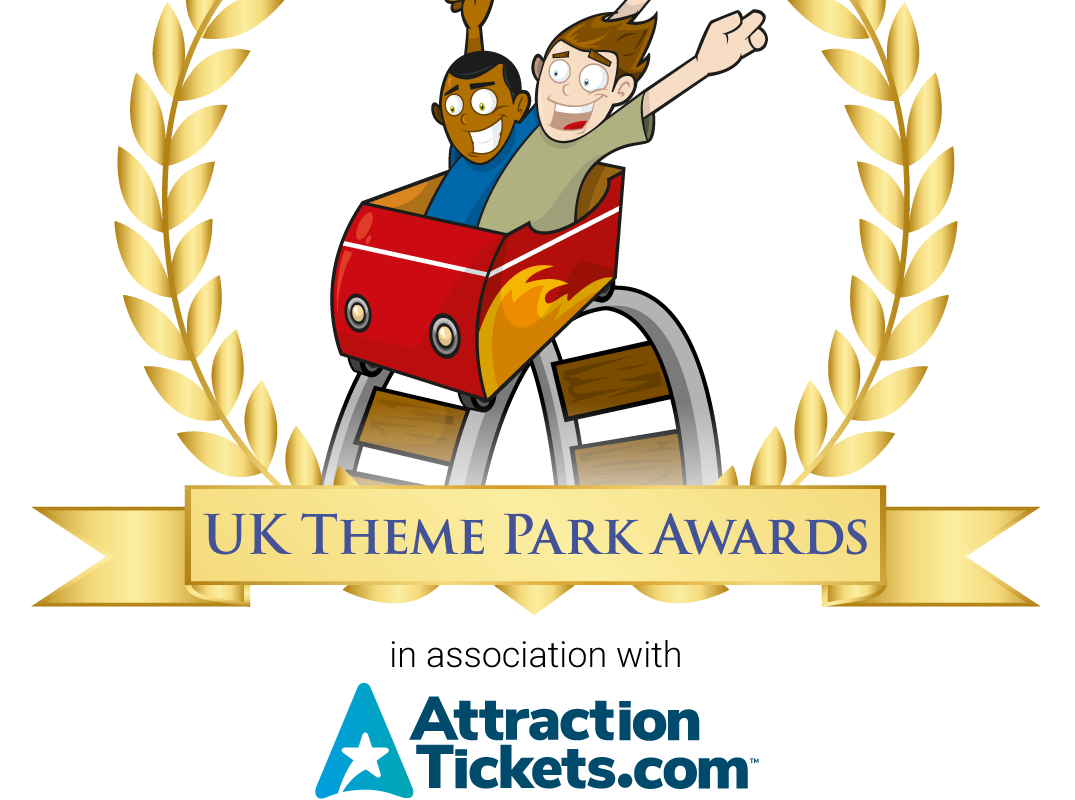 The organisers of the UK Theme Park Awards have announced this year’s full list of nominees, with the public able to vote from 22 July at ukthemeparkawards.com

For the third year, the British public will be able to vote for their favourite theme parks in national awards recognising the best rides and attractions, shows and events.

The awards are organised by ThemeParks-UK.com, an independent consumer guide to UK theme parks. This year, the awards are presented in association with AttractionTickets.com

There are 22 categories this year, including Theme Park of the Year, Best Customer Service and Best Value. New categories include Best Steel Coaster, Best Wooden Coaster and Best Mascot.

In advance of the public vote, a shortlist has been compiled using public nominations and with the help of a panel of judges including Paul Kelly (Chief Executive of the British Association of Leisure Parks, Piers and Attractions) and Andy Hine MBE (Chairman – Roller Coaster Club of Great Britain). 36,828 nominations were received, with a total of 30 theme parks nominated for awards in 2022.

The major contenders for the awards include Alton Towers and Drayton Manor in Staffordshire, Blackpool Pleasure Beach in Lancashire, Thorpe Park and Chessington World of Adventures in Surrey, LEGOLAND Windsor in Berkshire and Paultons Park in Hampshire.

The other UK theme parks to receive multiple nominations include Adventure Island in Essex, Blackgang Chine of the Isle of Wight, Crealy in Devon, Fantasy Island in Lincolnshire, Flamingo Land in Yorkshire, Great Yarmouth Pleasure Beach in Norfolk, Oakwood in Pembrokeshire and Pleasurewood Hills in Suffolk, as well as the various Gulliver’s Theme Parks.

The awards will also acknowledge the growing community of theme park content creators with three awards; Blogger of the Year, YouTuber of the Year and Instagrammer of the Year.

The full list of nominees is available at ukthemeparkawards.com

The bittersweet return of Barnstaple Fair